Increasingly, diversity and inclusion policies have become a consideration in the selection of outside counsel. Using data driven analysis of the latest rankings, this Legal Media 360 special report assesses gender diversity at the largest multi-practice domestic law firms in the Philippines.

In the eight publications examined, a total of 269 lawyers in the Philippines were recognized.

The national average male to female ratio for Philippines law firms is 67 to 33 percent which, as can be seen from the charts, is slightly better than the overall Asia average of 71 to 29 percent: 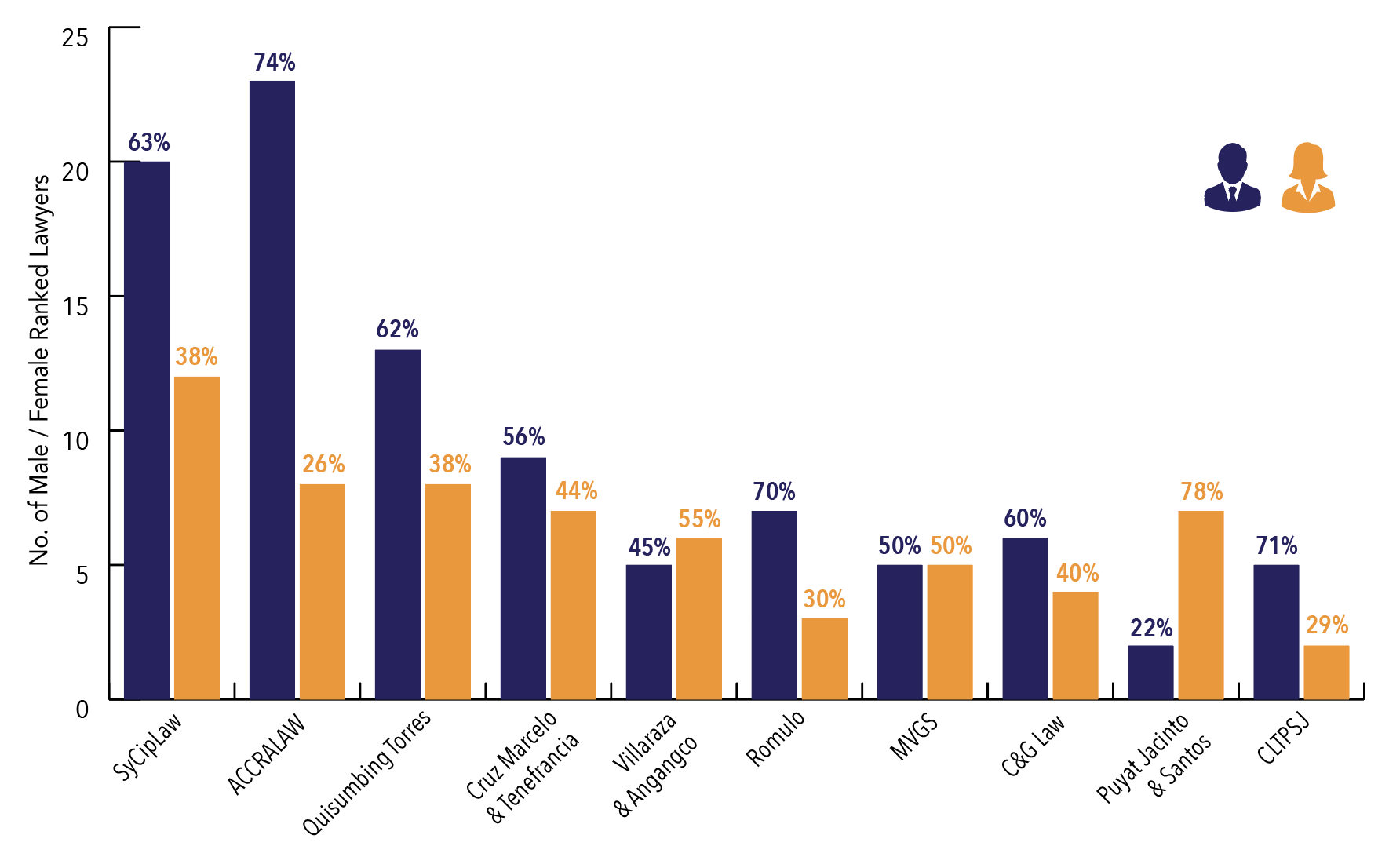 When asked whether gender diversity policies contributed to their firm’s success, a spokesperson for V&A Law in Manila, said: “V&A Law recognises the importance of D&I in its success, but it is only half of the picture. V&A Law takes pains to ensure that its reputation for excellence continues to be well deserved and maintained through its output. Thus, at its core, V&A Law is a meritocracy where capability exceeds other factors like gender or sexuality. Acknowledgement and promotion of D&I merely removes the glass ceiling which women and members of the LGBTQA+ community normally suffer in workplaces. This is most evident in the composition of the firm’s leadership, where fourteen of the twenty-two partners are women who are individually recognised as leaders in their respective fields”. 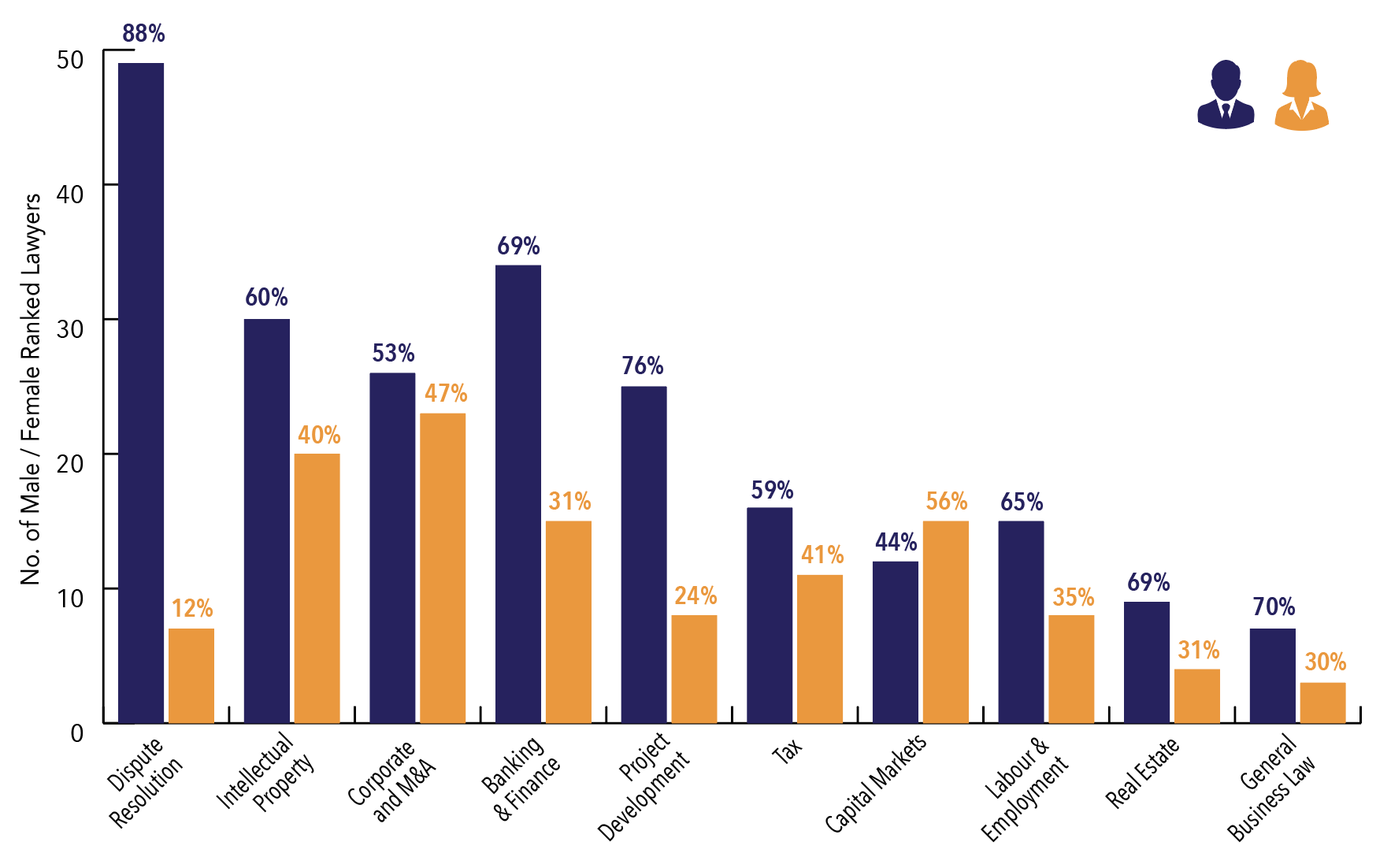 Commentary: The above chart shows the top 10 practice areas by recognized lawyer count. It is clear from the data that women lawyers are well represented in half of the 10 practice areas. Only Dispute Resolution is clearly lacking. 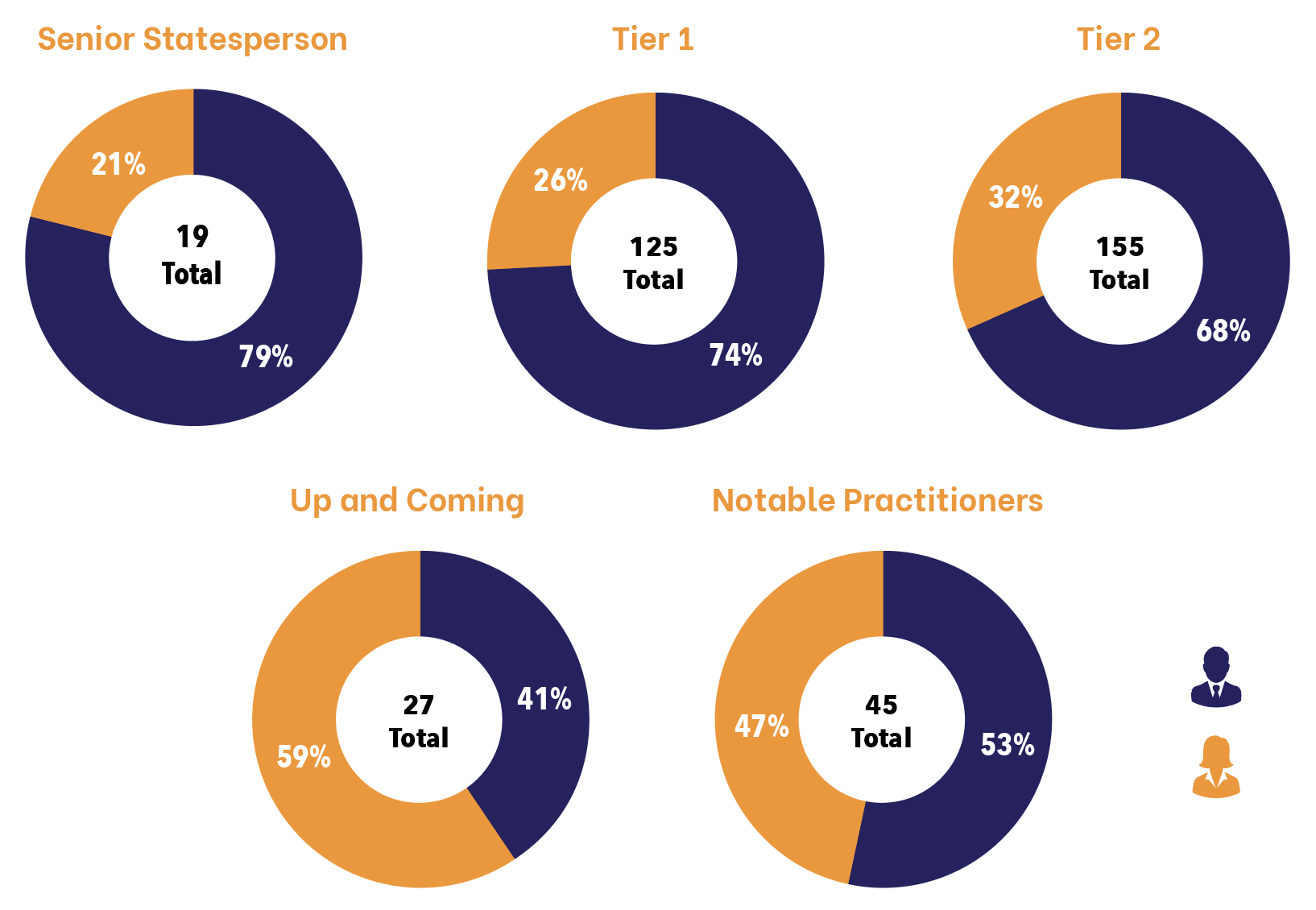 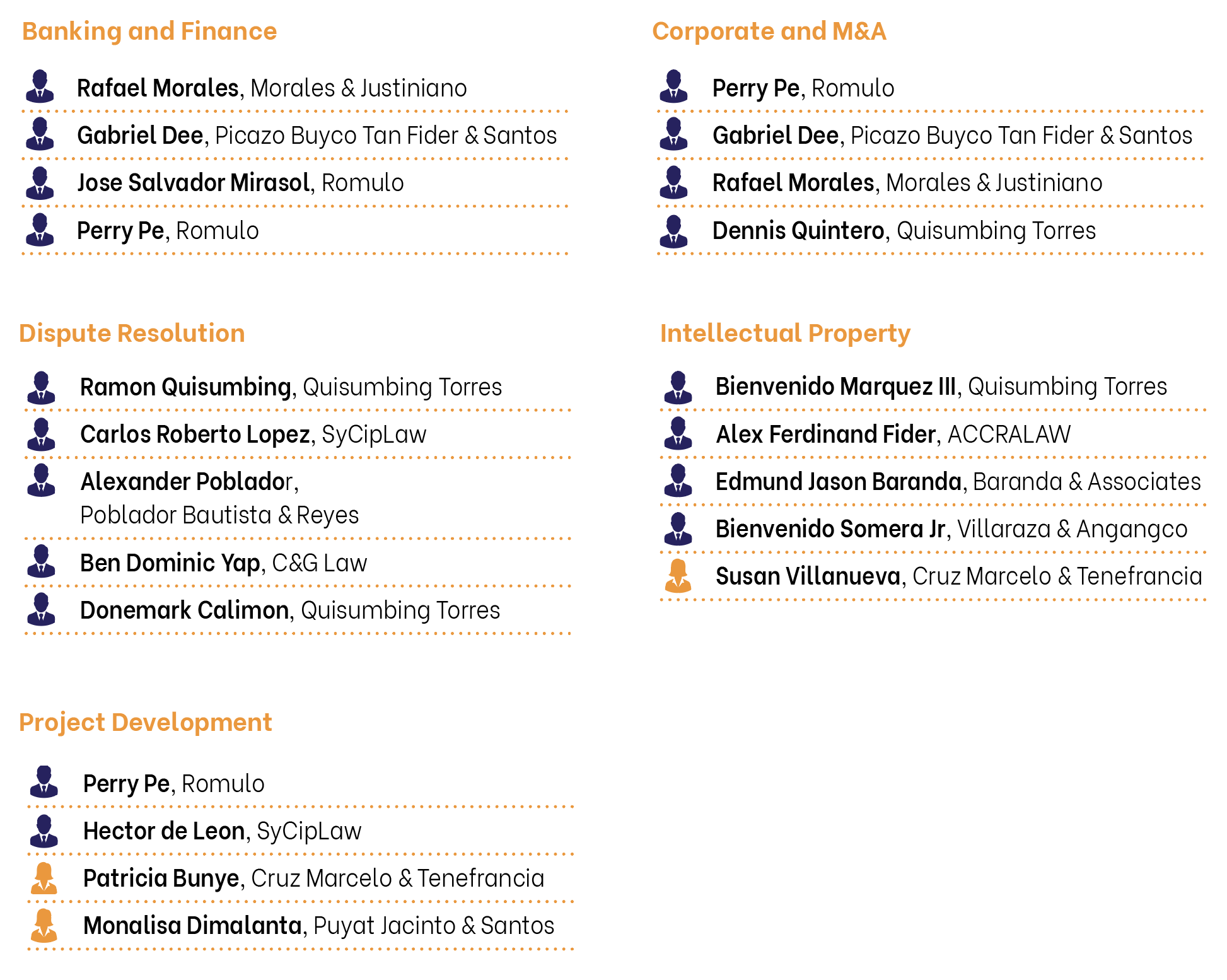 Commentary: A breakdown of the top lawyers with the most Tier 1 recognitions shows that the representation of female lawyers at the top level is low. This suggests that despite the Philippines having a better gender balance than its regional peers, female lawyers are not leading the most significant matters.

Legal Media 360 also asked V&A Law whether the Philippines’ government encouraged firms to be more inclusive. Their spokesperson said: “The government’s initiatives in terms of promoting D&I are characterised more as penalising non-compliance, as opposed to incentivising compliance. Nonetheless, there are several laws which protect and promote equality, diversity, and inclusiveness in the workplace. Many Philippine laws on D&I relating to gender discrimination specifically advocate for women but some provide general anti-discrimination protection, regardless of gender”. 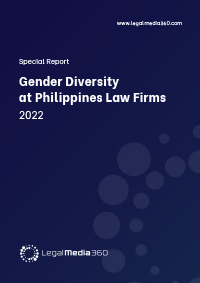