Increasingly, diversity and inclusion policies have become a consideration in the selection of outside counsel. Using data driven analysis of the latest rankings, this Legal Media 360 special report assesses gender diversity at the largest multi-practice domestic law firms in Malaysia.

In the eight publications examined, a total of 356 lawyers in Malaysia were recognized.

The national average male to female ratio for Malaysia law firms is 61 to 39 percent which, as can be seen from the charts, is significantly better than the overall Asia average of 71 to 29 percent: 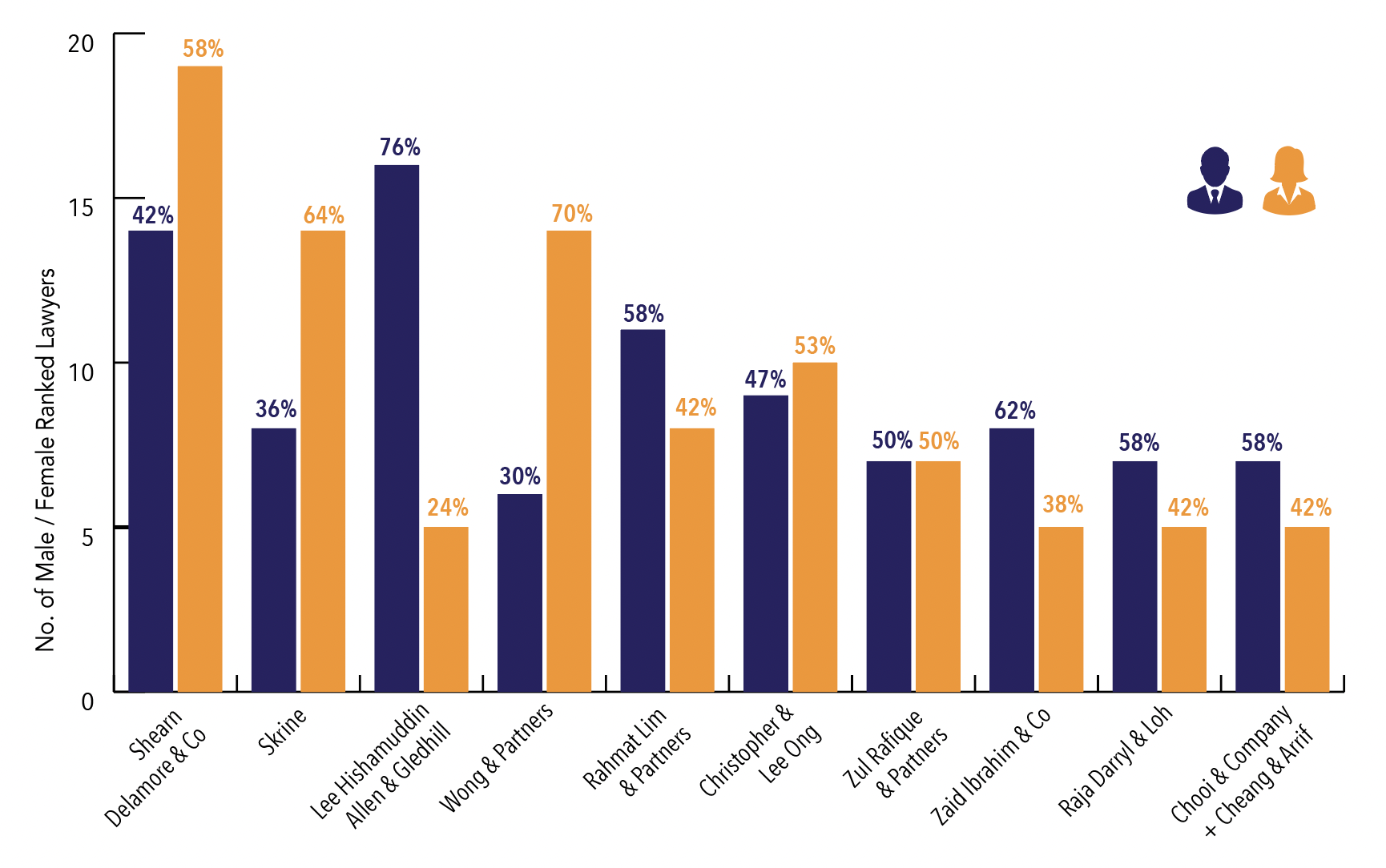 When asked to comment on their gender diversity policy and its impact on firm success, Zul Rafique & Partners told Legal Media 360: “At Zul Rafique & Partners, we strive to provide equal opportunities for everyone irrespective of gender. When evaluating an individual’s work, we look at the quality of the work on its own without any bias. We strive to make sure that we create an inclusive workplace by providing mentorship and professional development opportunities for all irrespective of gender.”

Yon See Ting, managing partner at Christopher & Lee Ong (CLO), commented: “We believe the success of our firm lies in the diverse mix of individuals with different perspectives, culture, background, and life experiences. We continue to push forward our Diversity & Inclusion agenda through our policies, practices and procedures, promoting a working environment where our colleagues feel safe and connected, as well as advocating for the equal opportunities for development and career progression. This agenda, assimilated into our operations, has translated for better outcomes for our clients and people.” 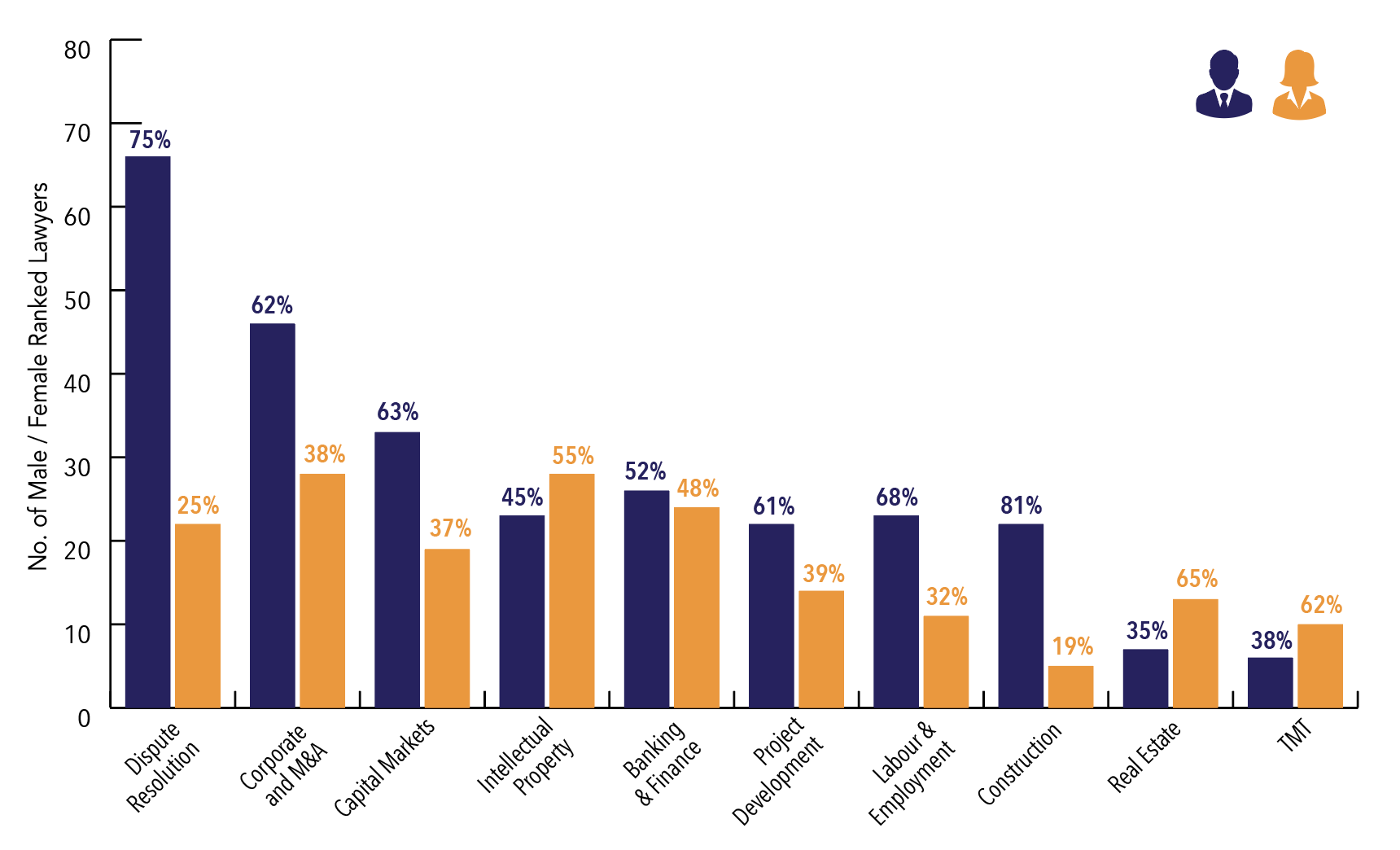 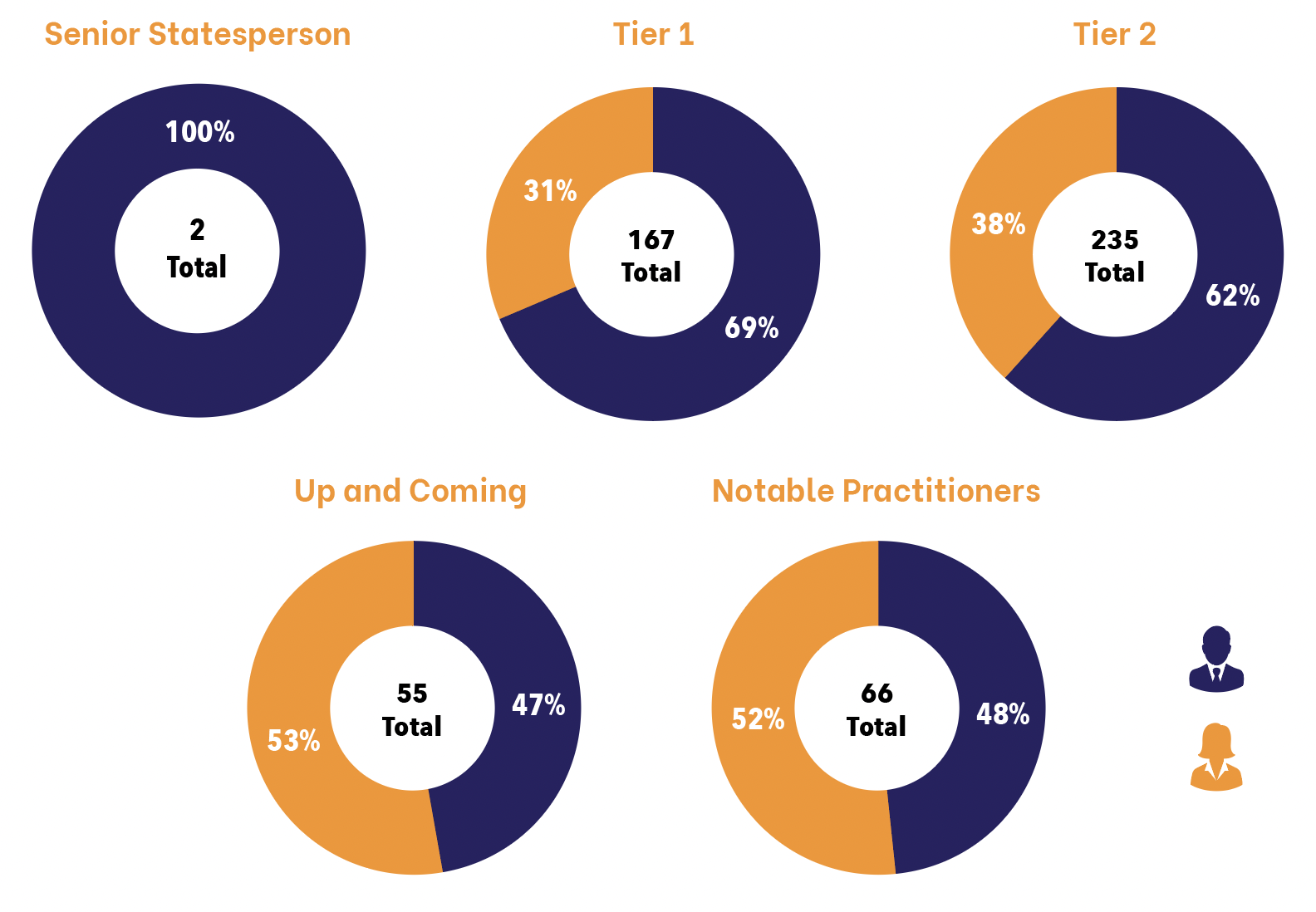 The above figures clearly shows that aside from Senior Statesperson category, the gender ratio in Malaysian law firms is better than the Asia average, and for the Up and Coming and Notable Practitioners categories is (overall) gender neutral. 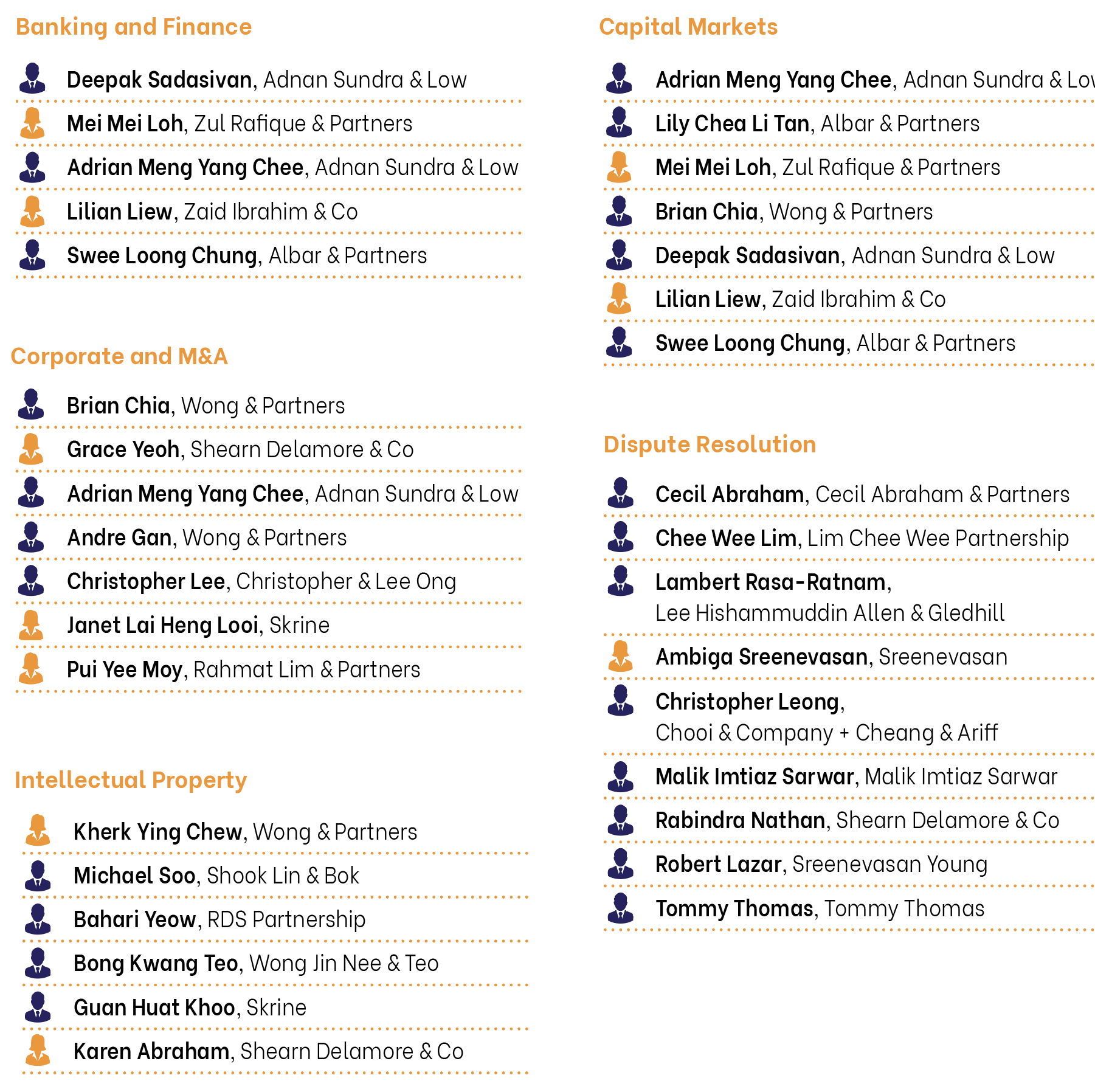 Commentary: A breakdown of the top lawyers with the most Tier 1 recognitions shows that (apart from Dispute Resolution) the number of recognitions and appearance of the best female lawyers is comparable to their male counterparts. This means female lawyers in Malaysia are leading the most significant cases or deals which is rare when compared to other Asian countries.

When asked to comment on this by Legal Media 360, Yon See Ting of Christopher & Lee Ong said: “In Malaysia, gender equality starts from home and both daughters and sons are pushed to excel academically resulting in more women than men at universities.

The Malaysian government has also continuously made commitments towards achieving gender equality that are in line with the UN Sustainable Development Goals.”

Zul Rafique & Partners commented: “We believe that Malaysia outperforms other countries in respect to gender balance due to the diverse talents that exist within the legal community and the many leaders and senior members of the Bar that have paved the way for all lawyers regardless of gender.” 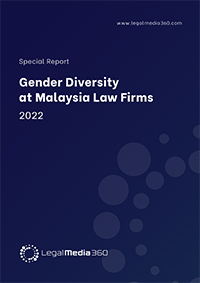