Increasingly, diversity and inclusion policies have become a consideration in the selection of outside counsel. Using data driven analysis of the latest rankings, this Legal Media 360 special report assesses gender diversity at the largest multi-practice domestic law firms in Indonesia.

In the eight publications examined, a total of 341 lawyers in Indonesia were recognized.

The national average male to female ratio for Indonesia law firms is 70 to 30 percent which, as can be seen from the charts, is comparable with the overall Asia average of 71 to 29 percent: 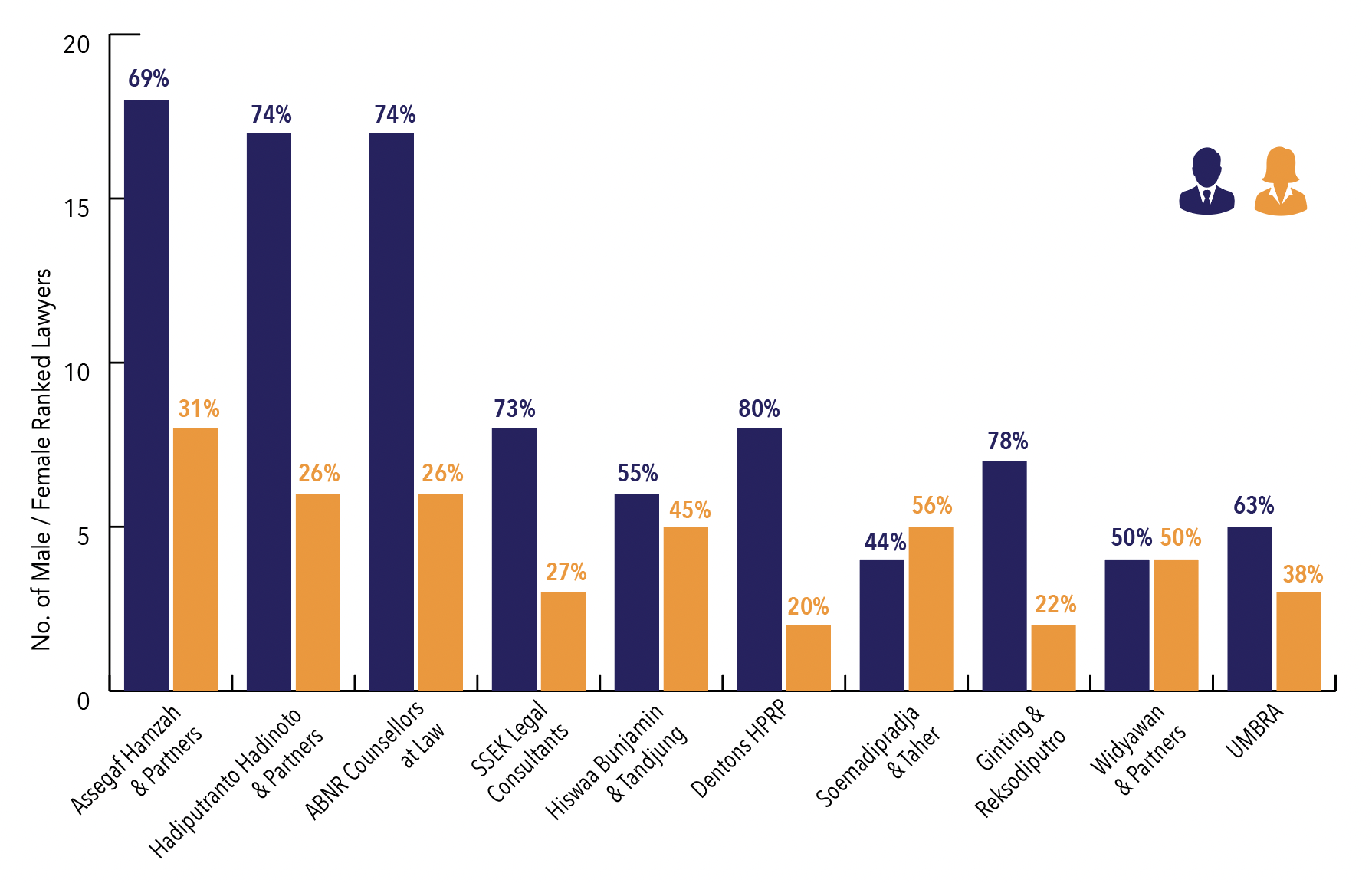 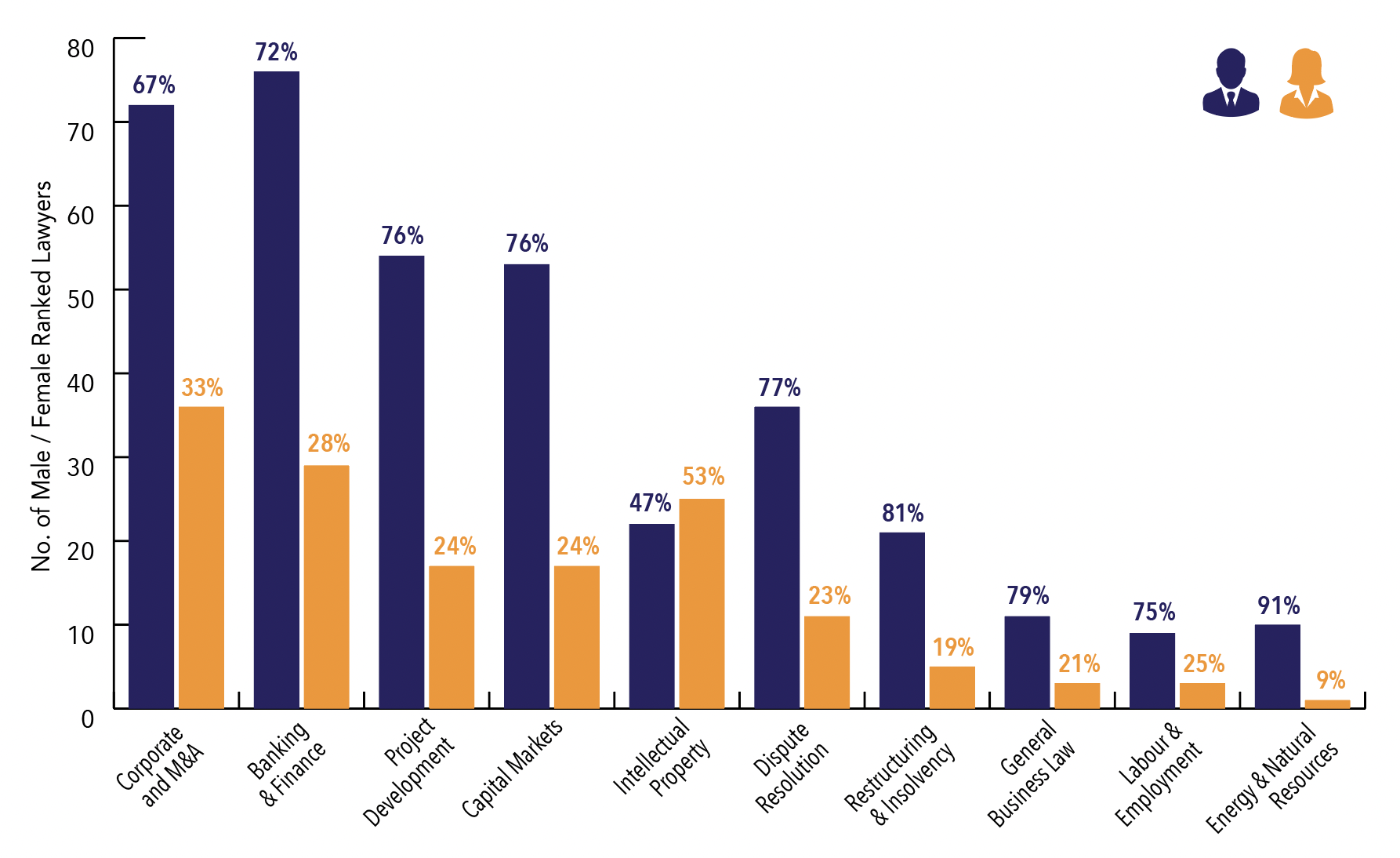 Commentary: The above chart shows the top 10 practice areas by recognized lawyer count. It is clear from the data that women lawyers are under-represented in eight out of the 10 practice areas, with diversity clearly lacking in the area of Energy and Natural Resources. As with other countries, Intellectual Property has the best gender balance. 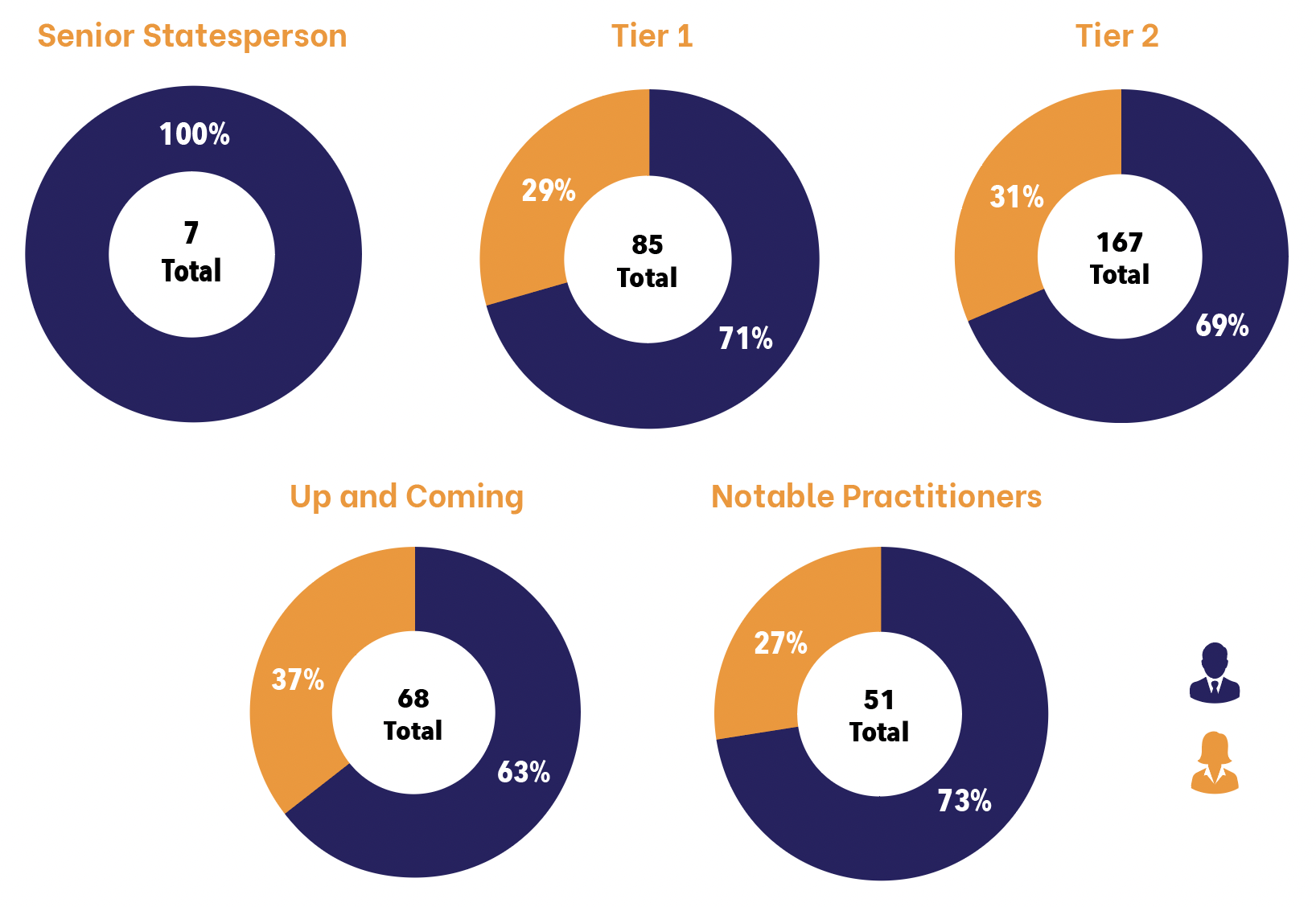 The above figures shows that while the gender ratio for younger lawyers is more balanced, it is still male dominated.

Commentary: A breakdown of the top five lawyers with the most Tier 1 recognitions shows that female representation at the top level is at, or close to, zero. This suggests that even at more gender diverse firms, female lawyers are not leading the most significant cases or deals in Indonesia. This pattern also holds true of the other practice areas analysed by Legal Media 360. 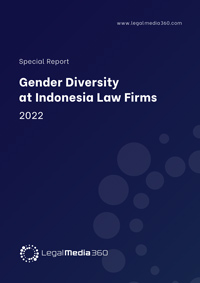